​Click HERE for the Kindle version for "Waiting for Amanda."

John Wisdom Dancer was my father and best friend.  While I did not grow up with him in the same household, I spent a great deal of time with him, especially when I moved back to Los Angeles in 1996.  He was a kind soul, provocative for sure, but was never interested in being malicious nor cruel.  Like all of us, he went through a lot of things in his life; from the suffocation of French Canadian Roman Catholic guilt as a child ("John, if you masturbate one more time, you're going to Hell!"  One Priest told my dad when he was about 12 years old after having masturbated for the first time.  My dad knew it was a sin and so also knew he had to confess of this sin.); to a Catholic Franciscan Seminary during his teen years; to quitting the seminary but not his faith shortly before he would have completed his studies to become a priest; to the culture shock of being an innocent, idealistic, naive Catholic at the University of Santa Barbara in the turbulent 60's; to losing his faith while serving two years in mental institutions (he was a conscientious objector during the Vietnam War); to getting involved in the Consciousness Expansion Movement in the late 60's by selling synthetic mescaline; to serving three years prison time for getting caught selling synthetic mescaline; to being released after almost losing his life several times while in jail; to much more, my dad was till his last days a cheerful, good-hearted, and genuine human being.

During his time at UCSB, he was passionately involved in the playwriting and theater programs.  He and a few others from around the country were selected to attend a playwriting conference by Edward Albee in New York.  A number of things halted his playwriting career, and his interests went elsewhere, although throughout the years now and then he would write pieces here and there.  A few years after I was born, he came up with the idea for a series of multi-layered, multi-story children's books which he called "The Planet of Iffin."  He worked with a number of artists on the project but eventually his record selling business and taking care of his ailing mother was too demanding and he had to put the project on the back burner.  After she passed away in April of 2005, he was able to work more heavily on a play, "Waiting for Amanda."  This three act comedy was to be the first piece in "The Planet of Iffin" series.  Unfortunately and unexpectedly, he was to pass away only one week after finishing "Waiting for Amanda" from a brain hemorrhage.  He was 64.

"Waiting for Amanda" is available on Amazon.com in both published paperback format and on Kindle.

Click HERE for the paperback and Kindle versions of "Waiting for Amanda."

While "Waiting for Amanda" was written as the first part to "The Planet of Iffin" series, it is by no means only enjoyable as an introduction to something else.  In fact, it is one of the most complete and well-rounded plays I have ever read, with light humor, biting satire, deep and tender emotion, profound insights, and colorful characters.  It is entertaining, thoughtful, and moving, and something everyone should read.

A story outline of the play goes as follows:

ACT ONE (DAY ONE)

In the summer of 1999, Dicky Goes and Richard Kant are waiting for their Amanda’s near the Venice Beach boardwalk.  They sit in anticipation day after day, expecting their lost loves to show up in reconciliation.  For Dicky, his Amanda fired him from the peace activist job they both worked for.  Painfully in love, he wrote a love letter to her, to which she responded with sexual harassment.  For Richard, his Amanda was (is?) 30 years older and his ex-wife.  She divorced him when he almost ran her over with his car because of a fight over religion.

While waiting on the Venice Beach boardwalk, the two come across a variety of characters.  Dicky flirts with a female passerby, while Richard annoys everyone with his excessive Catholicism.  A Vietnam vet, Peter On-U, passes by and exchanges a few words.  A T.V. crew comes to interview a man with cerebral palsy who just won the lotto.  A female celebrity amorously pays the man attention.

Soon, the hubbub leaves and Richard talks with the ex-girlfriend of the man who won the lotto.  They share donuts to ease their respective sorrows.  Interrupting their conversation, nearby the man from before, Peter On-U, is struck by lightning.  There is much commotion again, this time in shock and worry.  The T.V. crew come back to interview Peter when he comes to.  Peter begins to freak out when he feels an alien talking to him inside his head.  Peter rushes off before the medics arrive.  Everyone leaves except for Richard, Dicky, and Dicky’s friend, Jerome.  Jerome’s mother, Zelda, comes looking for her daughter.  Jerome doesn’t know where she is, then suddenly gunshots are heard nearby.

END OF ACT ONE.

Dicky and Richard are both waiting for their Amanda’s exactly as they were at the beginning of Act One.  Dicky gets a phone call from an ex-co-worker who says Amanda should show up on the boardwalk for the organization’s peace protest.  Jerome comes looking for his mother Zelda.  Zelda doesn’t believe her daughter was murdered in a drive-by (which she was).  The overwrought mother arrives and expects to see her daughter show up.

Peter On-U appears, dressed as a pimp and acting strangely.  Apparently, an alien named Zope has taken over his body.  This alien Zope and his sister Zup, have come to save planet Earth.  Zope is looking for a female human body for his sister to take over and he entices Zelda to be the one.  Jerome protests but eventually Zope convinces Zelda because he promises to find her daughter.

Zope uses his alien powers to show Zelda a bleak and horrifyingly funny look into the future when the human race is dead.  The planet is run by cockroaches.  Back in the present, Zelda leaves before the police arrive.  Zope confronts the cop and scares him away.

As Zope leaves, Dicky and Richard see Dicky’s peace activist organization show up for a protest, as expected.  Dicky interacts with his ex-co-workers, arguing with the feminists who don’t like him.  His Amanda, though, doesn’t show up.  Suddenly, as like before, lightning strikes.

Dicky and Richard are as they were at the beginning of Acts One and Two, waiting on the beach for their Amanda’s.  They both reveal something about their relationship to the lost loves.  The ex-girlfriend of the guy who won the lotto comes to Richard (as they befriended earlier), and tells him she got back together with her ex.

Dicky gets a phone call from Zup (the alien who took over Zelda’s body).  She uses a different voice from Zelda’s.  She asks to talk to Richard and pretends to be Richard’s Amanda.  Richard talks on the phone and is convinced it is indeed his ex-wife.  She tells him to keep waiting for her (Amanda).  In his explosion of excitement, Richard clutches his chest and has a heart attack.  Dicky calls for an ambulance.  While still on the phone, the medics already arrive.  Zup had called them.  The medics take Richard away as Zup/Zelda shows up.

Dicky had a dream he describes to Zelda/Zup wherein he’s on trial for loving Amanda.  His feminist ex-co-workers are the prosecutor, jury, and judge.  Zup tries to convince him to let go of his love for Amanda.  She then shows him the future much like when Zope showed Zelda before.  This time, it’s not cockroaches Dicky sees, but himself as an old man.  He’s at a shopping center with his grandson when he runs into, of all people, Amanda.  Amanda, though, of course, is as old as he is.  They have a bittersweet moment where she explains why she fired him all those years ago.  They dance romantically together …

Then Dicky is brought back to the present by Zup.  Because of the time transportation experience with Amanda, he is convinced Zelda does have an alien named Zup in her.  Zup/Zelda leaves as Peter On-u (no longer Zope) arrives.  He tells Dicky about his dream/interaction with Zope.  When Dicky asks him how the dream ended, Peter shows his sign.  Earlier, the sign said “Sinners Repent” at the beginning of the story.  Now, it says “Time for Change.”


END OF THE PLAY. 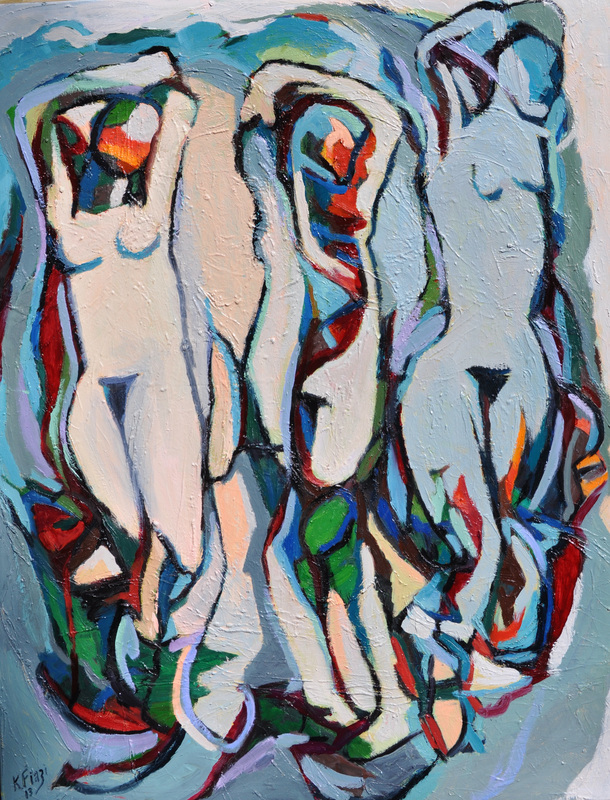