TO PURCHASE THE NOVEL

LIFE is a murder mystery, a novel about a man in his twenties, Thomas Timons, as he is readying to be a father, coming to grips with his life thus far. The story begins with Thomas being murdered by an unknown yet strong assailant. From that point on the novel is told to us through Timons' manuscript.

Several months before Thomas was murdered, he had a strange feeling he was going to die soon. A couple things made him feel this way, and this strange premonition happened to occur around the time when Thomas found out he would soon be a father.  Thomas decided that if it were to really happen, if he were to really die soon, before his son was born, then he had to leave something behind.

Thomas set himself the task of writing about the last few years of his life, his loves, his pain, his disappointments, his failures, his triumphs even in the midst of seeming failure, his heartbreak, his loss, his vitality, his spirit, his soul ...  The work is a personal testament, a protest, a confession, as we travel with Thomas through his various relationships and adventures, all of which leads up to his murder on the beach.

One note - Life is different from the other books by Hunter in that Life was not written in Chaos Riddle Prose, but in standard, naturalistic prose.  Life's focus is on realism and therefore the surreal nature of Chaos Riddle Prose does not suit the subject matter of the novel.

BELOW IS A SAMPLE FOR "LIFE" -

A big, dark, black, deep, cruel, cruel, bellowing, boisterous laugh on Thomas Timons.  How ridiculous was it to imagine Charlotte would've shown up?  On this cold beach in-between Santa Monica and Malibu, in the middle of the night, years after Thomas saw her last, years after things went so sour, bad, and rotten.  The whole thing had been a tragic farce, a sad, demeaning horror show.

But then why did she write the letter to him?  Why did she pull his chain, yank his curiosity, toy with him after all this time, if she wasn't going to show up?  He had no clue.  He felt like a bum, a horrible, stupid bum, then reminded himself to think clearly, don't simplify.  Self-sympathy was important.  Understand why he was there, sitting on cold sand, waiting for an unlikely lover.  Remind himself of everything, the hanging on, last ditch attempt this act was.

Still, he thought he was a little nutty for being out there on the beach, for a number of reasons.  He got news about four months ago that Maya was pregnant with his child, a baby boy.  He was excited, thrilled, joyful, truly, deeply happy.  He moved in with Maya, not quite sure if he wanted to commit to her, though, because of their past.

They loved each other but verbal communication was never at its best between them.  Misunderstandings came out with his move-in.  After a few fights, she kicked him out only a month later.  Each had reasons for positions they held.  One thing was for sure, they both loved the coming child in her womb.  Thomas dedicated himself to his son in his heart and was going to back it up with action, everything but commit to Maya.  Fatherhood was the biggest thing to happen to him in his life.  It was a beautiful, nervous expectancy.

And now here was Thomas, in the middle of the night, on a cold beach, waiting for Charlotte.  He'd been sitting on the ice-like sand for two hours now.  The moon was dimly shining, the reflection on the water, peeking through the waves.  The ocean hurled itself onto the shore, breaking apart, crashing, roaring in its thunder claps on the earth.

An unexpected impulse rushed up inside him, urging him to jump into the water, to kill himself ... then he thought of his future son ... he couldn't do it, even after everything ... his son was the new light in his life ... as his own father was a constant, so would Thomas be for his child ...

He took a deep breath, soaking in his lungs the damp sea air.  He wondered what it would've been like if Charlotte showed up and they made hot, steamy love on the beach.  Then he remembered the past, all the pain, all the things he went through in his head a hundred times before.  It was a short, troubled, unrequited passion on his part that resulted in hurtful lunacy.  What should have been simply an unrequited love turned into a vicious conundrum.

Thomas felt Charlotte never understood what he expressed to her.  Perhaps she did.  If so, it was the night he gave the letter to her and not later.  Also, besides her own comprehension or way of dealing with his love, there were others.  Conspirators who influenced her and ganged up on him, lurked in the shadows, out of his sight, and stabbed him in the back through Iagoistic persuasiveness.  There were so many, Thomas thought, who could've played the Iago to Charlotte's Othello, perhaps Charlotte herself.

However it happened back then, for right now Thomas started to believe it would've done neither Charlotte nor himself any good to see each other.  He should once and for all forget about her, go home and get some sleep.  She wasn't showing up.  Either it was a prank by her or someone else, or something made her change her mind.  But he couldn't leave.  He had to hold on for a little longer.  ... Who knows?  ... Ten minutes and then he would leave.

Suddenly, he began hearing someone running up behind him over the sand.  He turned around and before he could see who it was, the person threw a canvass bag over his face.  Kicks and punches quickly started to pummel him.  One hit after another, after another ... Who was this?  Whoever it was, they were fast and strong, he couldn't see them, and he was getting beaten to a pulp ... it was horrendous ... blow after blow after blow ... sharp, sharp pain ... again and again ... all over his body ...

Thomas was completely helpless as he tried to fight back.  He was simply a punching bag.  Then something tight, thin, and hard, like a steel wire, went around his neck and began strangling him.  ... This was it, he thought ...  He couldn't fight back, he was losing energy, the will to struggle ...  This person was set on killing him ...

Soon, Thomas lost consciousness and was dead ...  The person strangling him let go and quickly ran away ...

At least he wrote the manuscript ... at least, Thomas' son could read it and know who he was ... perhaps his son would even find out, somehow, who killed him ...

A PERSONAL DIARY.  A RECOLLECTION OF THINGS PAST.  A JOURNAL.  A PACK OF LIES, EXCUSES, DISTORTIONS, SOME MAY SAY.  LET THEM SAY WHAT THEY WANT.  THIS IS MY LIFE.  NOT THEIRS.

By Thomas Timons, for his son, Daniel Phoenix Timons.

A NOTE FOR YOU, DANIEL,

If I'm not alive when you read this, please keep in mind that I loved you when I was ... and through this manuscript, in case there is no after-life, I will still love you through these words ...  I hope this will help you understand who I was ... and perhaps you can use it to help yourself ... because, unfortunately, in life you will need all the help you can get ...

“A couple of runaways.” Rick, the tall, overweight General Manager of Canvass Directors for C.W.F.P.S.J.N. (California Workers For Peace and Social Justice – Now!) said with glee.

Rick traveled down to the Los Angeles office now and then to check in with Cassandra, the L.A. Canvass Director, and everyone else of Importance.  A strange looking fellow, with a long, skinny neck connected upwards to a bald, spectacled head, and downwards to a large, wide body.  There was something strict and authoritarian about him, albeit liberally, Correctly.

He wasn't especially humorless, either, as he displayed when talking about the new hires.  Kurt and Cindy were the newbies.  They were hired a couple days before I came back from my cross-training trip up in Berkeley.  I hadn't met them yet except for a quick hello.

Stately, plump Rick etched out an imposing presence in the cumbersome Culver City office.  Cassandra, Charlotte, Siango, Sharon, Max, and myself were all working on files, paperwork, and other things before going out to the Hollywood Hills to canvass.  I didn't think Rick's remark was especially harmful, but the superiority-complex he and many of the others had irritated me.  Around this time was when I was beginning to despise the condescending tone which the majority of activists had, at California Workers for blah blah blah and other places as well.  ... ] 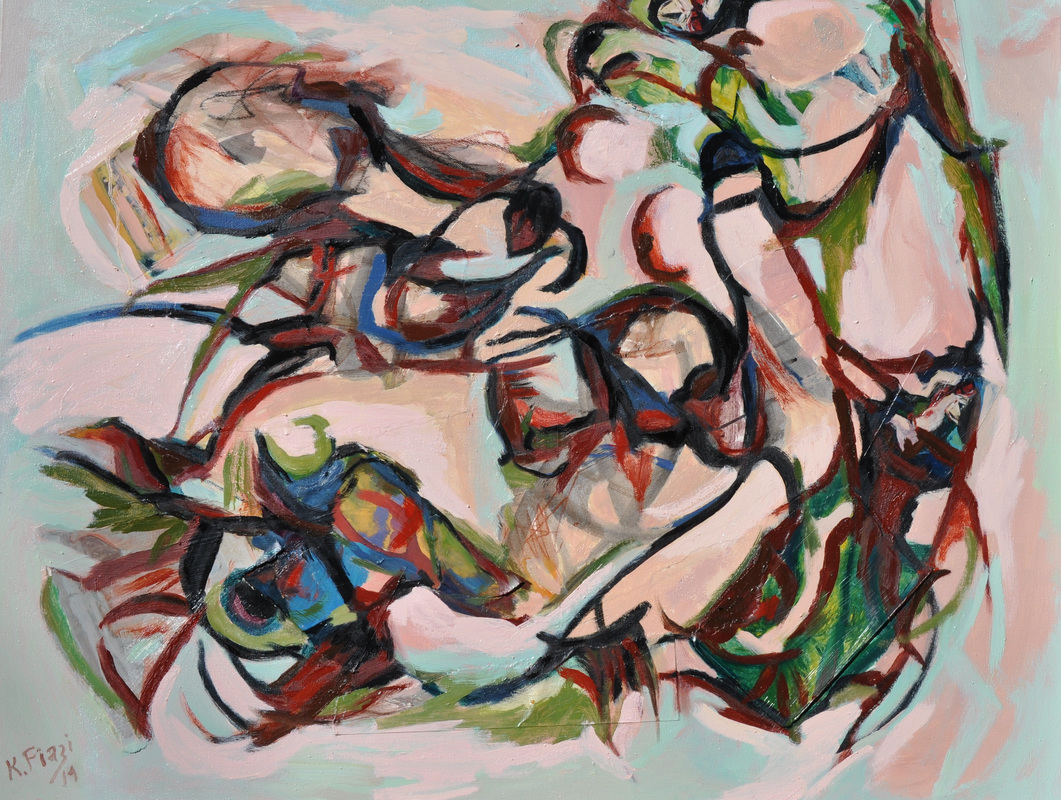